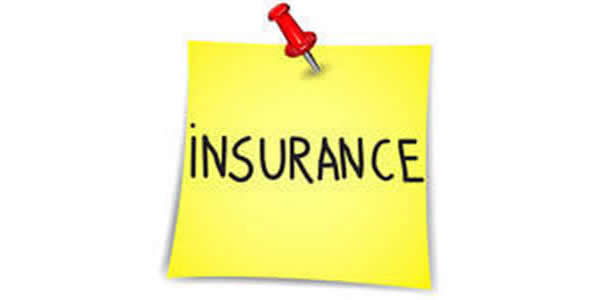 After nearly 3 years of work behind the scenes finding an appropriate broker, collecting data from ATHRA Members and going out to market to find an insurer (and reinsurer) who was sympathetic to the special needs of the T&H Rail sector, we have finally been able to secure extremely competitive terms and premiums for ATHRA members.

ATHRA knew the only way we were going to get better terms (both premium reduction and better coverage) was to get the insurance details of all ATHRA members and then look for a Group policy (not one policy for all railway but a combined group buying power).

ATHRA partnered with Marsh Insurance Brokers nearly 2 years ago after we had discussions with several brokers and Marsh was the most sympathetic to our cause. The first steps was to collect the appropriate data so we keen as a collective what we were looking at in terms of risk. From here ATHRA worked with Marsh to look at various risk models and how we could “sell” the proposal to an insurer.

ATHRA has known for years that insurance market for rail is very slim and we had to get an insurer to look at our risks as being quite different to most mainline operators. ATHRA produced the concept of categorizing rail groups into 4 different categories according to various risk parameters. This then allowed us to look at various premium models so that ATHRA groups could be fairly compared and pay an appropriate premium. For example, a static museum is vastly different to a small isolate line carrying small numbers of passengers and yet again different to a Branch line operator or mainline operator.

Once we had this risk category model we started to come up with various premium models before we could go to market internationally to see if any insurers were interested. This was quite a challenge in a hardening market and where many insurers do not want to insure rail.

Finally, it came down to 3 overseas Lloyds Syndicates and a local Lloyds syndicate. The local insurer, Canopius, was the most sympathetic to our cause and their premium was significantly cheaper. In fact were we able to achieve: –

Offers to insure have started rolling out to those ATHRA members who had returned a insurance proposal form. To date those who have received the offer have been pleasantly surprised how much cheaper the primary layer of insurance has been under the ATHRA/Marsh scheme.

One group has had their premiums increase 25% per year for the last 3 years in a row via Aon which was putting them out of business. This year their premiums was quoted at $10489 and ATHRA and Marsh successfully for it down to $2541. Now they can not only afford to invest back into the railway but they can also afford other insurances.

“ANGRMS is extremely happy with our new Public Liability Insurance through the ATHRA group scheme using Marsh as the broker and Canopius as the insurer. The cost saving is significant and puts the PI insurance back at a level we can afford and is more reflective of our risk level.

We were very pleased with Marsh’s approach (obviously ATHRA and Canopius were also involved) in tailoring the insurance to heritage railways rather than lumping us in with some other general category which meant the insurance now reflected the actual risks. It was also great that they sort clarification where needed, as well as happily answering/clarifying any queries we had. This gave us a lot of confidence in this scheme.

Something often overlooked is by making the insurance cost more realistic (and obviously taking into account the varying risk levels etc) is that if insurance gets too high then groups either fold up or start only doing essential maintenance rather than also working to improving the standard of their assets. Improving the standard of your assets has the flow on effect of reducing the risk to the insurer.

We would happily recommend this ATHRA/Marsh/Canopius group insurance scheme and look forward to other similar group schemes in the future for other insurances like Volunteers insurance, directors insurance etc.”

“Under the previous arrangements for public liability insurance for the Steam Tram and Railway Preservation (Co-Op) Society, we were quoted $5,500 including GST for 2021-22. The figure quoted by the ATHRA arrangement is $2,073.50 for $20M coverage. A significant saving for a small organization!”

Marsh will continue to roll out letters of offer (aka quotes) 4-8 weeks before your policy is due to be renewed. Should you wish to get a quote earlier so that you can look at changing across to the new policy early (aka cancelling your existing policy to get a better rate) then please email me and I will forward your request to Marsh.

As policies are being renewed, Marsh is also providing terms and quotes for Voluntary Workers Insurance and Director’s Insurance and we will eb rolling these over into a group scheme to get more savings for members.

Our next task is to seek competitive terms for the excess layer of insurance. That is $20M+ coverage. We are currently negotiating with market for the handful of ATHRA members requiring this level of cover ($20-50M layer). We are quietly confident that we will be able to negotiate competitive excess liability options for the groups requiring this, early in 2022.
We are also investigating some potential bonuses to help further reduce the premiums after the initial 3 years for those ATHRA members who are the early adopters and joined in the first year.

As you can see there has been quite a considerable amount of work done and I can assure you it took far longer than both ATHRA or Marsh had anticipated but we not only got there but we have got a great result. In fact the small ATHRA membership fee is well outweighed by the significant savings on PLI insurance.

I encourage ALL T&H Rail Groups across Australia to not only join ATHRA and take advantage of the cheaper insurance but also the other emerging benefits of ATHRA (ATHRA training, promotions etc).

Remember, united we are stronger than fighting alone.